THIS HOUSE HAS BEEN FEATURED IN MANY LOCAL NEWSPAPERS, LOCAL TELEVISION STATIONS, CHIP COFFEY FROM PARANORMAL STATE HAS VISITED, RACHEL LANG WORLD FAMOUS MEDIUM, AMY ALLEN WORLD FAMOUS MEDIUM FROM THE HIT PARANORMAL SHOW DEAD FILES ON THE TRAVEL CHANNEL WILL BE VISITING SOON....AND MANY OTHER THINGS IN THE WORKS.

BELOW THERE IS A LINK DIRECTLY TO THE HOUSE WEBSITE...PRIVATE INVESTIGATIONS CAN BE SET UP WITH THE CONTACT THROUGH THE WEBSITE. ENTER AT YOUR OWN RISK. 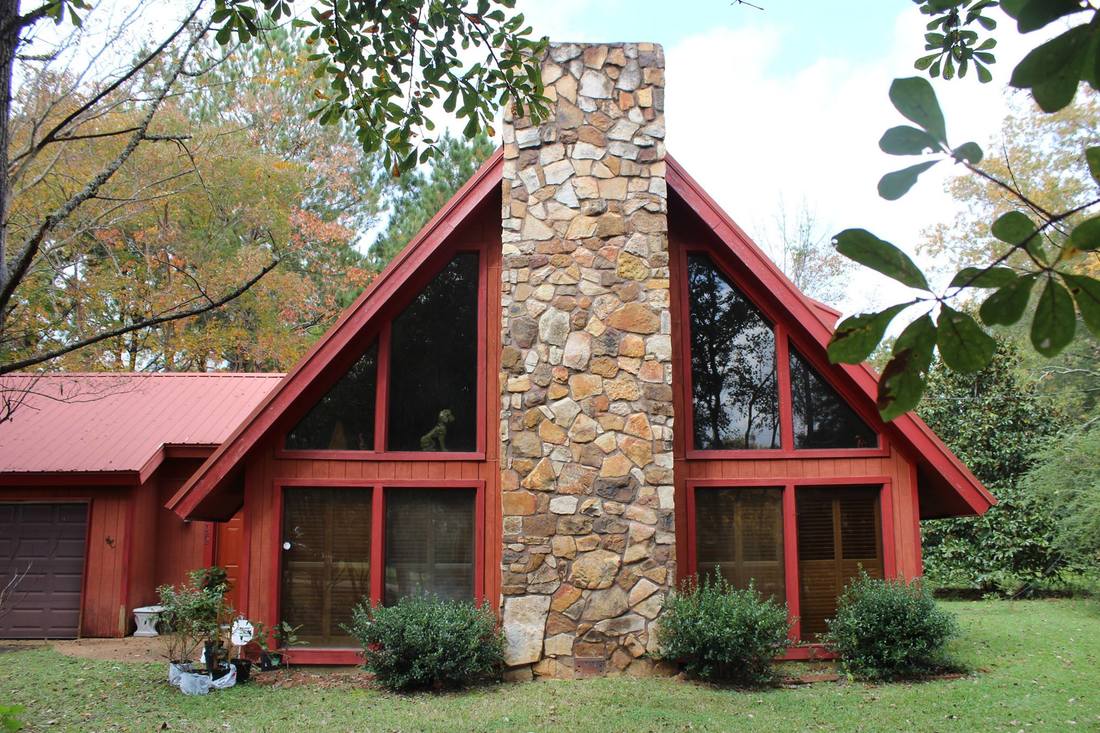 Only In Your State article written on the Mississippi House 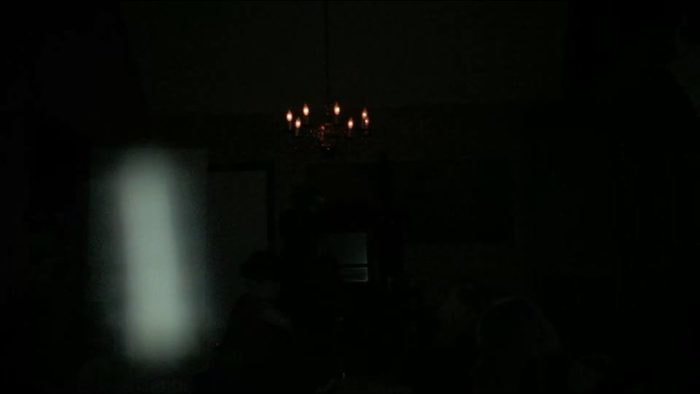 Using the Ovilus III device we capture a name "James"  (.02 Seconds) after we had instructed the spirits to give us a name. The owner of the home then stated "James is my brother but he's dead." Shortly after the Ovilus then replies "Lie" (.15 seconds)  Pretty relevant to our conversation.
EVP #2 "JOHN"      **Silent EVP**

Shortly after we capture a response again on the Ovilus that says coming we capture what sounds like a weird giggle or noise and then what sounds like a FEMALE voice call out MY NAME....."John" (.03 Seconds)  I hear this with my own ears as well as you can hear at the end of the recording I immediately ask if someone whispered. It sounded as if it was said in my ear.
EVP #3  "BRAD" & "COMING"    **Silent EVP & Ovilus III Device**

Brad ask's if the previous name we captured on the Ovilus was who we heard make a small knock on the wall. Shortly after Brad asks this question there is a FAINT FEMALE voice that sounds like she is saying "Brad" (.04 Seconds) & directly after the female voice on command the Ovilus responds with a response of "Coming" (.05 Seconds). It's hard to ignore the relevance of this device and the silent EVPs happening at the same time.
EVP #4 "IT'S IN THE POWER"       **Silent EVP**

We are trying to get any intelligent spirit in the house to turn off the chandler over the dining room table. A faint MALE voice cuts in and sounds like he is saying "It's in the power" (.14 Seconds) which would be relevant to what we were discussing. Brad shortly after feels like something is trying to turn the chandler off.
EVP #5 "YEAH"      **Silent EVP**

Brad asks if someone is tapping and there is a very faint MALE voice that directly responds to his question with what sounds like a "Yeah" (.01 Seconds) You hear me say MARK right afterwards because again I heard this faint whisper with my own ears.
EVP #6 "I DO.....I DO"     **Spirit Box SB7**

I am using the Spirit Box to communicate and I ask a question "Who owns this house?" I get two responses. One from a FEMALE that is faint "I DO" (.03 Seconds) and then a more predominate MALE that answers the same way "I DO" (.08 Seconds)
EVP #7 "PAKISTAN"    **Spirit Box SB7**

As weird as this is the 3 syllable word sounds like it is saying Pakistan (.01 Seconds). This is relevant because the Spirit Box sweeps in reverse approx. 150 stations per second so something come through with this continue relevance is unusual.
EVP #8 "AGGRESSIVE"    **Spirit Box SB7**

Using the spirit box we continued to get direct responses. I ask for a name and the response I got was a CLEAR word from what sounds like a MALE spirit that says "Aggressive" (.03 Seconds)
EVP #9  "BETTER CALL ALI"    **Spirit Box SB7**

Using the spirit box I begin to countdown to test the spirit to turn the chandler off. When my countdown begins I am shortly interrupted by what sounds like a MALE voice make a sarcastic remark to me. "Better Call Ali" (.13 Seconds) Which is the name of the owner of the house. Very interesting.
EVP #10 "HOUSE"   **Spirit Box SB7**

SEVENTH Investigation EVP #1 "You could try"

This is our sixth investigation at this private residence. We have captured many familiar voices and this investigation was no different. In this EVP captured it sounds like "Thank You" if you listen with headphones you can hear it better. If it isn't "Thank You" we can not exactly make it out 100%. Opinions always welcomed! Leave a comment in our blog area.

Clear "Amy" EVP. Why is this significant?.... The person that was with me...this is their name. We get it called twice...no one else's name but hers.

I asked a direct question before this...What color is your hair Brown, Blonde, or Red.....I ask again...I get the response "Blonde". Intelligent answer to a direct question. Awesome evidence.

Kellen was making it known that she wanted to hear a hello or she was about to leave. Directly after this she recieves a clear response of "I'm here". This is using our spirit box which scans in reverse using white noise at a very fast rate of speed. This is a very interesting catch. These spirits here are extremely intelligent!

This is a CLASS A EVP caught while Kellen, John, and Matthew were investigating the house trying to communicate with the spirits here. We caught this CLEAR and DIRECT message to KELLEN...listen...

This EVP is relevant because the two spirits that died at this location supposedly died from carbon monoxide poisoning.

This EVP I am requesting the spirits to turn on the light of our SpiritTouch and Kellen says "I don't believe" meaning she doesn't believe they can do it....shortly after we captured a direct response..."We'll find it".

This is a video from our fourth investigation....here I am asking the spirits to turn the flash light on BRIGHT to let me know that they like me trying to communicate with them...as you can see they directly respond.

This was me and one other person during this investigation. You will hear BOTH of our voices..early in the recording. I am showing them how to use the night vision camcorder. At .16 you will hear a soft voice say "picture" and shortly after that you will hear probably the clearest EVP we have ever captured. We assure you this spirit voice captured was neither of us in the room. No one else was in the house or around the house at this time. This CLEAR EVP obviously has a different tone voice then ours that you hear early in this recording. Play it over and over again to listen...this is an extremely INTELLIGENT spirit voice directly responding to what we are doing (trying to show someone how to use a camcorder). This EVP is at .18 seconds. "You can figure it out". -Smoke&Mirrors "Proof of Life, After Death"

This is an EVP we captured during our second investigation at this residence. We have accounted for a MALE spirit and a FEMALE spirit. This is the female spirt responding to my direct question. Was she being smart with me telling me "don't be jealous"? You hear this at around .03 seconds. Enjoy!

I ask if the spirit is moving away from me and I get a response of "No" directly afterwards.

We ask that you wear headphones when listening to EVP's. It is not required but it will make it a lot easier to make things out.

This is an EVP we captured in the living room while just chatting. We record every min. of every investigation because you never know when someone may chim in and put their 2 cents in. At around :04 seconds in this recording you will hear the volume get louder...this is because what we have done is simply amplify the sound in this recording. You will hear what we believe is a spirit say "Kellen...hang up". Kellen is a member of our paranormal group and that is who you hear talking in the background as well. Our only reference to this EVP is that Kellen was on her phone during this recording session looking at stuff. Was this spirit trying to get her to pay more attention?

This short EVP is a voice we recorded during an EVP session. Out of silence there is a very clear word from the spirit..."Hot". Was this spirit complaining about the temp. inside the house? We had the air off the entire night and it was very hot inside the house.

This is an EVP we captured while in the house...We believe you can clearly hear a voice say "They have come down there". If you use headphones it will make it a lot easier to hear.

This is an EVP where John is asking a direct question to the spirit. "Are you aware that you are dead?" and as you can hear there is a quick response which to us sounds like a faint/fast "No".

At around :04 seconds you will hear a voice say "It's Johns" right after I say I am "going to turn on this recorder right here". Was this spirit letting someone else know who's recorder was on???

Hear we captured what seem's to be a deep male voice of a spirit....we could not make out exactly what this spirit was saying.

This is a clip from our flash light session. We were asking a spirit a series of questions and as you will see in the following videos (as well as this one) we got some pretty clear and direct responses. Keep in mind the flash light was silent and did nothing the first 2 hours we were doing the investigation. Enjoy!

During this light session we are using our spirit box to try and communicate with any spirits who may have been present. We have a response with the light telling me to turn the spirit box off. Around :26 seconds you will hear what sounds to us like a "Get Out".

This is the beginning of our light session. The flash light was set up for hours and we had no response. Suddenly the K2 meter started spiking and then we had a response from the flash light.

This video of our light session shows us asking a direct question to the spirit and getting a direct response.

While in the light session I was asking the spirit to turn the flash light off so I could ask it a question. You will hear around :06 seconds a spirit voice whisper "Cut it off". Was this spirit validating what I just told it to do?

More of the light session where we are asking direct questions.

Last of the light session with more direct questions.

This is the room where light has been seen in different ways. The picture quality is not the best but our orignial video of this is very clear. Hear you will see in this short clip a ball of light floating and then suddenly shooting straight up. Balls of light floating are said to be spirits. This is not dust...dust has a snowflake affect on camera.